This weekend saw the Mercians head up to the Low Hall Garth hut, in Little Langdale, for some outdoor adventures.

Getting there proved to be the biggest adventure as we slammed on the brakes just in time to avoid a couple of rocks which were blocking the road to the hut.  Had I  been travelling in a banger of a car, or with less heroic Mercians, we might h 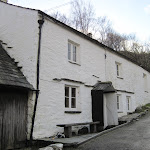 ave got there without getting soaked and crippled back but as I was in a very posh car with a couple of macho men I was in for a soaking.  The ‘these’ of the “We’ll just get these out of the way,” fame rapidly turned into a full blown landslide as the lads showed why the never win when we play Jenga.

It was clear that in the dark, and pouring rain, we weren’t going to be able to move the mound of rocks enough to get the car round so we had to load ourselves up like pack horses, ditch the car and walk in the rest of the way.  (When are we going to get that club llama?)  As it was chucking it down with rain, the path was a stream and we’d only go trainers on, we arrived at the hut soaking wet.

On arrival, we discovered that the others we sat waiting in the car park having managed to negotiate the rocks in the road without brining half of the Lake District down on top of themselves.

The evening was spent chatting and trying to work out a plan of attack for the following day.  CJ was on his best behaviour this time and didn’t suggest we take the newbies up any grade 4 ghyll scrambles although you could see the glint in his eye as he was flicking through the guide book.

Saturday morning dawned….. wet and windy.  It was clear we weren’t going to make it on to the tops without being blown straight back off so a lower level, circular route was planned.  Forgetting my promise that I’ll never set foot out of the door if it’s already raining, I donned my waterproofs and put on a brave face.

Despite the wind and horizontal rain it was actually a rea 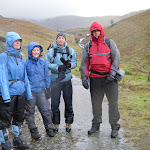 lly enjoyable day.  We had a slight issue at the start when arguments about navigation revealed that, unbeknownst to each other, our ‘leaders’ were both trying to navigate us to entirely different areas.  Once that was sorted, though, we put our heads down and our best feet forwards.

Halfway point proved to be the Old Dungeon Ghyll inn for some liquid refreshment.  After which we raced the bad weather back to the hut and were rewarded with a lovely sunset over the ridge.

Saturday evening was games night and saw the girls beat the boys at Trivial Pursuit, the newbies were introduced to the cereal box game and table traversing and we played a very infuriating game 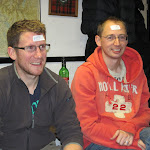 of ‘Who am I?’.  Having forgotten the post-it notes again, we had to resort to writing on bits of finger tape but it seemed to work.

Being in the sporting mood, it wasn’t long before the table traversing challenge was laid down and the lads stepped up.  This time it was the boys who were victorious but who will, undoubtedly, now we wearing their battle scars all up their legs as proof of their exertions.

As a result of the energetic performances put in on the games on Saturday evening there were a few aches and pains amongst the team come Sunday morning.  That, coupled with wet boots (drying room my…) and more wet and windy weather led a number of people to bail and head out for the typical wet weather gear and tea room shopping.

Those members who didn’t reach the latter rounds of the games the previous night did head out to the hills and we look forward to hearing about their exploits.

All in all, we had another really enjoyable weekend with great food, great company and giggles galore.  Roll on Tan Y Garth! 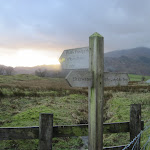